My brother-in-law was up from Texas and being an avid gambler and lover of nightlife, he was excited to be able to check out Atlantic City. He went on and on all week about 2 things: hoagies and AC. Wake up in the morning, eat a hoagie. Dinner time? Eat a hoagie. The man was hooked. Good thing he filled up on all those hoagies too, because we were headed to AC that night.

We formulated a plan on the way down that we thought was fool proof. It was a foregone conclusion that we were definitely getting VIP bottle service, but the question was “where?” We had our choice of any club we wanted on a Saturday night, and finally settled on Harrah’s Pool After Dark. He was intrigued by the idea of a Pool in the middle of the club. Personally, I think he just wanted to see how many bikini-clad hotties he could spot while we were there. (there were a lot) Destination picked, but that wasn’t enough for him. Confused, but curious, I wondered what more we could need before we went. We already had booze, babes and seats so we didn’t have to fight to the bar. “We need a new identity! They can’t know who we are.” What a gimmick. After careful deliberation and about 30 seconds of discussion, we had it. The brother-in-law would be a plastic surgeon who botches way too many surgeries, and I would be his lawyer for the countless malpractice suits he has and is sure to encounter soon. Absolute genius! What a wingman!

When we arrived at Harrah’s we sent the car to valet and headed to the club. Doctor Intoxicated and JB, Esquire were ready to tear apart the Pool Bar. We were led by a scantily dressed host to a roped-off section poolside. In a few minutes a waitress appeared out of nowhere to take our order. Goose and cranberry for Doc Intox and Crown and coke all night for me. She asked what brought us down there to AC that night and we stayed fully in character while telling her that we had to get away from our work lives for a couple days. Too many angry patients and families because of botched boob jobs. She looked at us in complete disbelief as she casually retreated to grab our bottles. After what seemed like an eternity of drinkless agony (which turned out to be about 5 minutes), she returned and sent us on our spiritual journey.

It was relatively early in the night and the club really hadn’t filled up too much yet. Doc Intox started to wonder if this was the best choice of clubs. I assured him that we’d be okay. Just when the conversation started to pick up, the waitress came rushing over to us. “I don’t know if you guys were even interested, but I almost forgot to tell you that Vanilla Ice is in the house tonight!” Well, JB has quite the spot in his heart for the Ice Man since the day I met him while mildly inebriated in Disney World a handful of years ago. I put that waitress on a mission to get the most infamous Doctor and Lawyer combo in the south backstage to meet Mister Ice himself. She chuckled while assuring me that she would do her best.

The club finally started to fill up and every girl around was trying to get into our VIP spots. With limited space, we certainly couldn’t let them all in, we had to hand-pick the few that would be graced with the presence of such high profile company. Finally, Doc Intox found just the right girls to share our space and booze with just before Ice hit the stage. He played every piece of garbage he’s put out before closing the show with Ice Ice Baby. In my drunken glory, all I wanted to hear was the Ninja Rap, which I made fully known by screaming it across the entire pool. That might have been why we didn’t get to hang out with Mr. Rob Van Winkle that night, but it was probable better that way. The night turned into a haze of Crown and dancing until we finally retreated to a room at about 4am. Yet another good time had with my brot…. Er, Doctor Intoxicated. 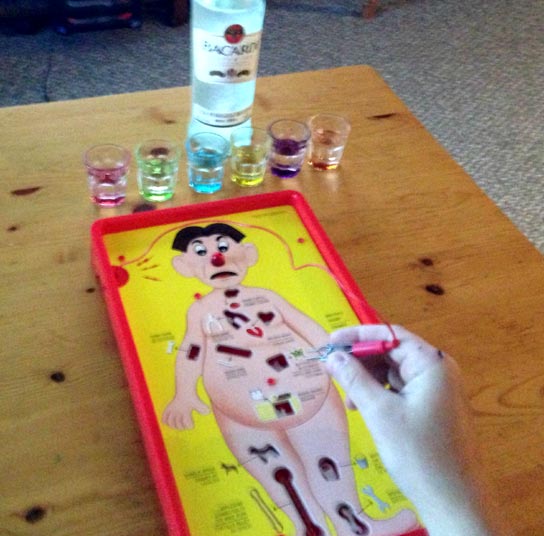 View all posts by JB →